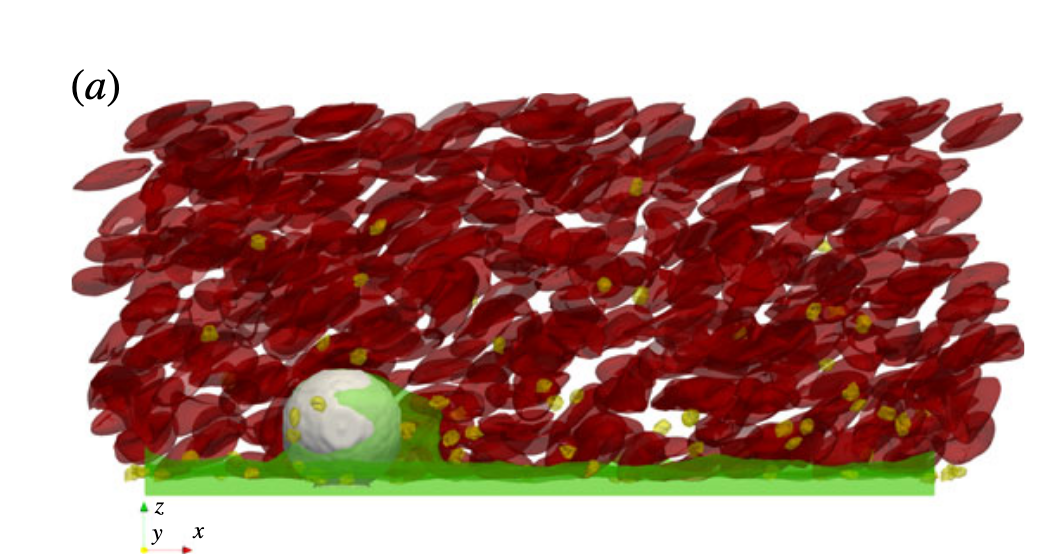 Computer simulations were performed to study the transport of red blood cells and platelets in high shear flows, mimicking earlier published in vitro experiments in microfluidic devices with high affinity for platelet aggregate formation. The goal is to understand and predict where thrombus formation starts. Additionally, the need of cell-based modelling in these microfluidic devices is demonstrated by comparing our results with macroscopic models, wherein blood is modelled as a continuous fluid. Hemocell, a cell-based blood flow simulation framework is used to investigate the transport physics in the microfluidic devices. The simulations show an enlarged cell-depleted layer at the site where a platelet aggregate forms in the experiments. In this enlarged cell-depleted layer, the probability to find a platelet is higher than in the rest of the microfluidic device. In addition, the shear rates are sufficiently high to allow for the von Willebrand factor to elongate in this region. We hypothesize that the enlarged cell-depleted layer combined with a sufficiently large platelet flux and sufficiently high shear rates result in an haemodynamic environment that is a preferred location for initial platelet aggregation.