On February 9 Peter Sloot receives the Education Innovation Award from Dr. Olga Vasilyeva, Russian Minister of Education and Science, in the name of the Prime Minister of Russia Dmitri Medvedev. The award celebrates the advancement of the scientific method in the education and selection of highly qualified personnel of international level in the area of informatics. The award reads: “Distinction from the government of the Russian Federation in the area of Education.”

The Computational Science Lab (CSL) has a joint Master programme with ITMO University in St. Petersburg which exchanges top students based on scholarships and runs thesis projects which are supervised by both a UvA and ITMO scientific researcher. This programme is part of the Russian Leading Scientist award of Peter Sloot. 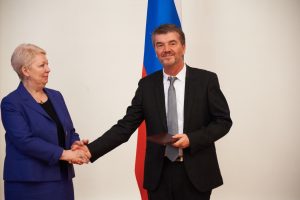 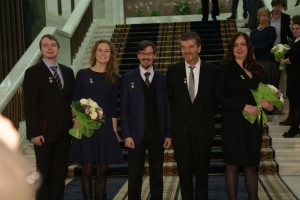