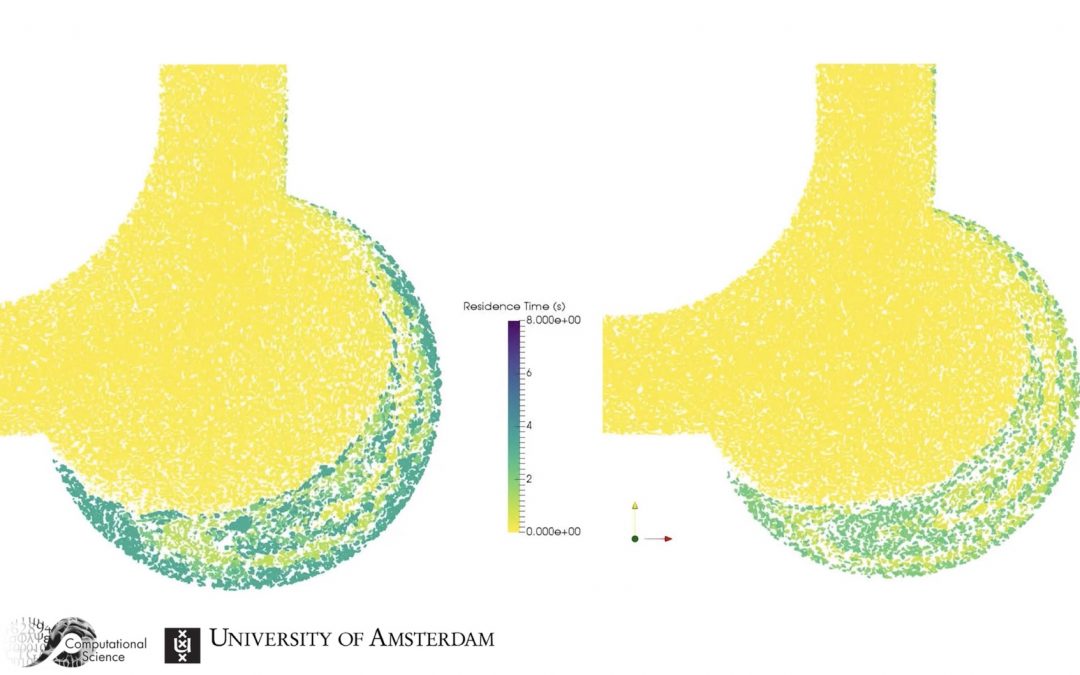 As a result the HemoCell2D code is now open source (https://www.hemocell.eu/hemocell2d/)

“We study the effect of pulsatile flow on the transport of red blood cells (RBCs) and platelets into aneurysm geometries with varying dome-to-neck aspect ratios (AR). Flow velocities and vessel diameters were matched with measurements of cerebral perforating arteries and flow was driven by a synthetic heartbeat curve typical for such vessel sizes. We observe a flow regime change as the aspect ratio increases from a momentum-driven regime in the small aspect ratio to a shear-driven regime in the larger aspect ratios. In the small aspect ratio case, we see the development of a re-circulation zone that exhibits a layering of high (greater than or equal to 7 s) and low (less than 7 s) residence cells. In the shear-driven regime, we see high and low residence cells well mixed, with an increasing population of cells that are trapped inside the aneurysm as the aspect ratio increases. In all cases, we observe aneurysms that are platelet-rich and red blood cell poor when compared with their respective parental vessel populations. Pulsatility also plays a role in the small aspect ratio as we observe a smaller population of older trapped cells along the aneurysm wall in the pulsatile case when compared with a steady flow case. Pulsatility does not have a significant effect in shear-driven regime aspect ratios.”