Categorical and Geographical Separation in Science 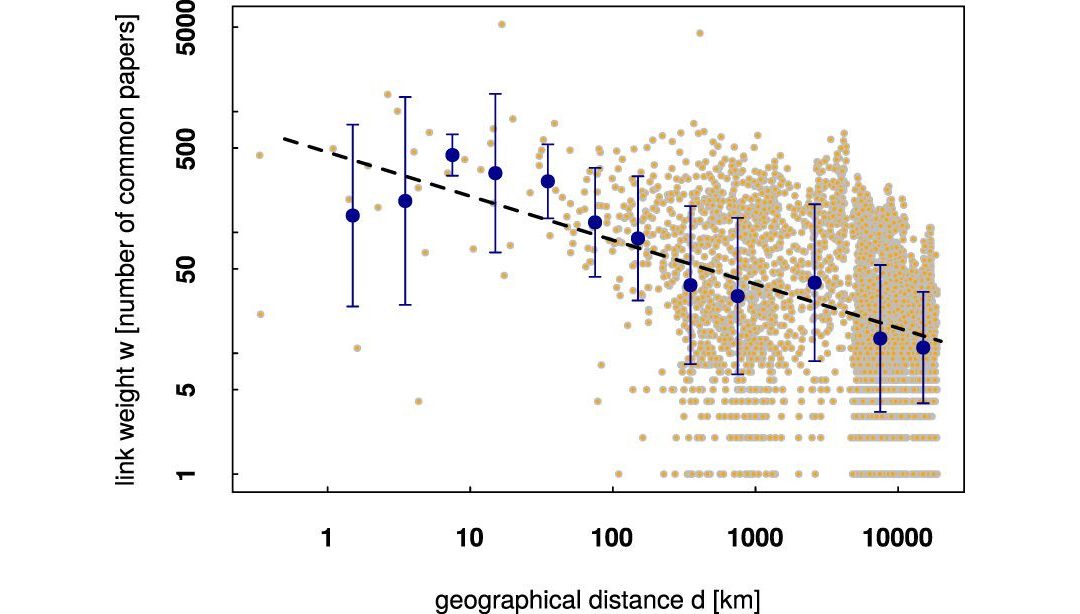 Do the best universities collaborate with the best ones only?

Although one might expect that university rankings would steer scientific collaboration towards ‘working with the best only’, a recent study shows that geographical vicinity is one of the strongest indicators of the number of joint publications. The study was conducted by an international team of researchers from the University of Amsterdam (UvA) and Warsaw University, led by Peter Sloot, Director of the UvA Institute for Advanced Study (IAS). The results were recently published in Nature Scientific Reports. The team used QS World University Ranking and Web of Science datasets to examine patterns of categorical and geographical separation in science.

The ranking of a university is thought to be driven by the amount of publications across all scientific fields. However,  the team has found that for several scientific disciplines this is actually not the case. The research team used data from the top-100 universities to examine how the scientific productivity (measured by the number of published papers per category) correlates with the position in the QS university ranking. Although it would be natural to expect a strictly negative correlation (i.e., the more you publish the higher rank you acquire), the analysis shows that several scientific disciplines, such as Agricultural Engineering, Horticulture, or Hospitality, Leisure, Sport & Tourism, don’t follow this pattern.

Through the use of complex network analysis, the team also discovered that scientific collaboration between universities is mainly embedded in the physical space: the geographical vicinity of the universities is one of the strongest indicators of the number of joint publications.